Brad's Electronics2018-05-30T21:23:40+00:00
By Brad's Electronics DIRECTV, Satellite Television, Tutorials 0 Comments
Di you know you can watch 2 channels at once? DIRECTV always makes your life easier and guarantees you the best home entertainment in satellite Television. DIRECTV has a built-in feature called PiP  (Picture in Picture) that allows you to switch channel views and move screens just by using your remote.

How to watch two channels at once?

Note: If you press INFO and the PiP banner does not appear you may not have the receiver needed for the PiP feature. PiP won’t work on Genie Minis or a DIRECTV Ready TV without a Genie DVR. Swap the channels To switch the two channels between the two screens, press the down arrow on your remote. The audio you hear is the channel on the full screen (or left screen if in Side by Side view).Move the screensYou can choose where to move the inset screen by going to the PiP menu and choosing upper right or upper left.

You can also pause or rewind either program so you don’t miss a minute of the action.

Hopper 3 – The most powerful DVR

If you have a DVR and gives you hundreds of conflicts... read more

DIRECTV & HUGHESNET are better together!

Bundle DIRECTV with HughesNet and enjoy the best entertainment tv and... read more

How to Take Your DirecTV On the Road

The Fall Season is here, and you won’t want to miss... read more

How DirecTV is Installed at Your Home

When you choose a cable provider,You probably won't be able to... read more

Connect your Genie® to the Internet for advanced features

Connect your Genie ® to the Internet for advanced features Your Genie... read more

5 ways to optimize your computer for faster performanceHere are some tips... read more

Direct TV – Exclusive Channels and So Much More

There are many cable providers available to customers, and choosing the... read more 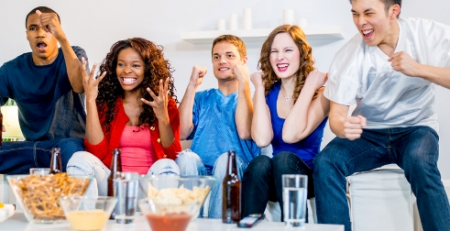 Everyone knows that the Superbowl is the one time of year... read more